Skip to content
Loading...
USNMix Report: Google took a big decision,
removed this mobile App from the Play Store.
The tax payers affected by this and they are not happy with the decision of the tech company.
To better deal with predatory loans, Google has removed apps from the Play Store that were offering personal loans at a 36 percent annual rate or higher through deceptive and harmful promotions, such as Payday loans Engadget quoted The Wall Street Journal on Sunday as saying that a spokesperson said the expanded financial policy was implemented from earlier this year and was done to protect users (customers) from ‘exploiters’. 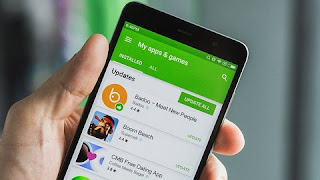 Taxpayers affected by the decision and they are not happy with the decision of the tech giant.
These rules either work to lower them or bend them completely.
The report further noted that Mary Jackson, CEO of the Online Lenders Alliance, repeatedly stated that the behavior of the companies was allowed.
He argued that the ban is hurting the ‘legitimate operators’ as well as those customers who are looking for ‘legitimate loans’.