Mar 18, 2019
Loading...
USNMix Report: Quickly delete these games,
Google removes 200 games from Play Store.
Android operating system, created by Google, is the most used in the world. If your phone also has an Android operating system, then you must read this news carefully. Even though Android has such a large number of users, this platform is not completely secure. In the past, Google had removed 22 apps for spreading viruses from its Play Store.
Once again, security researchers have found that hundreds of mobile apps have hidden malware and adware. According to the security firm CzechPoint, more than 150 million users have downloaded these apps from the Google Play Store. 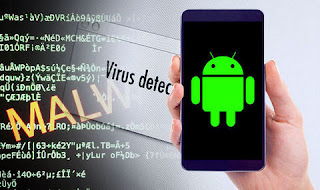 Over 200 impacted app
Malware Dubbed SimBad has effected more than 200 apps in the ad servicing platform format. Security researchers found that developers developing these apps will not even know what they have hidden in the app. This malware also has the ability to trick Google’s scanning system. TechCrunch says that once this malware is installed in your phone, it can also remove the icon of the app and keep it in the background of the phone.
Security researcher gave Google the list
Not only this, after getting instruction from the malware command and control server, it can run an ad in the background by displaying the ad and generating revenue by generating revenues. Security researcher has given Google a list of affected apps. After that Google has removed all these apps from the Play Store. Despite these apps being removed from the Play Store on behalf of Google, they still exist in the user’s phone.
According to a report, about 55 million users downloaded the top 10 downloadable game. These include Snow Heavy excavator simulators, Hoverboard racing and Real tractor farming simulators such as Apps.