Jan 24, 2019
Loading...
USNMix Report: Google overtakes WhatsApp in this matter
The online search engine Google has been the top brand of positive talk in the country in the past year 2018. According to a report, after Facebook, Facebook’s company was named WhatsApp and Google’s proprietary YouTube.

According to the UK’s online market research and data analysis company Yougov’s report, Google was at the top with a 57.2 score of positive talk (Buzz score). Whatsapp ranked 55.7 and YouTube 52.9 with a score of second and third, respectively. 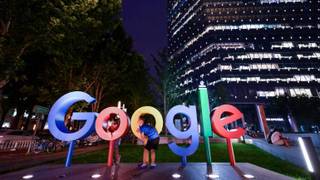 Increasing popularity of social networks
For a company, this score is drawn based on positive and negative discussions about its brand in the last two weeks. The report says that the popularity of digital brands and social networks is increasing. In the top three spots, there are companies in the technology sector, while social network companies Facebook and Instagram are ranked ninth and tenth respectively.
Ticket booking portal MakeMyTrip fourth and Amazon are in fifth position. Throughout the year, the Uber and Ola, who provided an app based taxi service in the discussion for the wrong reasons, remained seventh and eighth respectively.