Oct 31, 2019
Loading...
USNMix Report: Debit-credit card details of 12 lakh Indians stolen,
you should also be alert.
If you also use Credit Card and Debit Card then be careful. Yes, more than 12 lakh credit card and debit card information of the country has been leaked. This has been revealed by Group IB, the famous cyber security company of Singapore. The company claims that hackers are selling this leaked data online. Experts claim that this is the biggest cyber theft of the year 2019.
Track-2 data theft
Initial investigation has revealed that the most important track-2 data has also been stolen, which is in the magnetic strip on the back of the card. It contains information about the customer’s profile and its transactions. Let me tell you that only the card number is in the Track-1 data of debit / credit card. At the same time, Track-2 data contains important information related to the customer’s profile and its transactions. 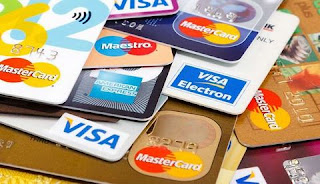 It is being told that more than 12 lakh cards have been leaked from hackers, 98 percent of them are from Indians. Not only this, 18 percent of these cards belong to the same bank. However, the name of this bank has not been revealed yet. Group IB claims that the hackers are selling the data of every card for 100 dollars (about 7 thousand rupees).
How to avoid being a victim of hackers
Keep limited money in customer transacting cards. In the card you usually deal with, keep the money as per the need. In case of any suspicious transaction, inform the police and the bank immediately.