Learn Price and Other Features. 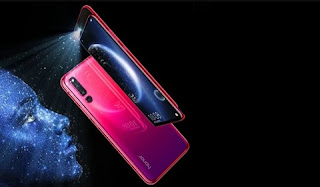 Honor Magic 2 3D Key Features
If you talk about the special features of Honor Magic 2, then the company did not leave any stone unturned to make it special. The company has a 6.4 inch full HD display which is an OLAD display. A slider display is given in Honor Magic 2. The display’s resolution is 2340×1080 pixels. The aspect ratio of the display is 19: 5: 9. The company has launched the same variant of this phone. In this Honor phone, with the Octa-Core Kirin 980 SoC processor, it has 512GB of internal storage with 8 GB of RAM.
This smartphone runs on Android 9 Pie. The phone has a 3400 mAh battery which also supports 40W Fast Charging. In this there is also 3D Face unlock with fingerprint to unlock and unlock the phone. 3D scanner unlocks your smartphone by authenticating your 10,000 facial points. Due to sliding mechanism there is no knock on the front of the phone.
Honor Magic 2 camera is special
Keeping photography in mind, the company has done a special job on the camera of Honor Magic 2 3D. Vertically triple camera setup like Huawei P20 has been given on the back of the phone. The company has given triple camera setup in its rear. It has a primary 16 megapixels, which has been given a clearance of 1.8 in view of low light photography.
The second camera is of 24 megapixels, which comes with a black and white monochrome sensor. The camera’s aperture is 1.8. Its third camera comes with 2.2 aperture, which is an ultra-wide angle camera. The company has given its front camera under its slider screen. Its selfie camera is 16 megapixels, which we have to slide the phone’s display to use. The front camera’s aperture is 2.0.