Loading...
USNMix Report: HTC will be back in the Indian market after a long gap,
what will be special in Desire 19+?
A video has been put on the official Twitter handle regarding the launching. In this video, the company’s journey so far has been told.
After disappearing from the Indian market for a long time, Taiwanese smartphone maker HTC is going to knock in India once again. A video has been released from the official Twitter handle of HTC India. Looking at this video, it seems that the launch smartphone can be named HTC Desire 19+. 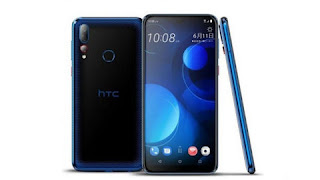 According to the teaser, the launching smartphone may have a selfie camera with a water drop notch. According to media reports, in June this year, the company HTC Desire 19+ was launched in Taiwan. Accordingly, its price in the Indian market may be around 22000-23000. Two variants of this smartphone – 4GB + 64GB and 6GB + 128GB can be launched. The screen of the phone launched in Taiwan is 6.2 inches. It has an Octa Core Media Tech Helio P35 SoC processor. Talking about the camera, it has a triple rear camera setup of 13MP + 8MP + 5MP. The selfie camera will be of 16 megapixels. Its battery will be 3850 mAh.