Huawei CEO Ren Zhengfei says will not bow to US pressure

May 20, 2019
Loading...
USNMix Report: CEO of this Chinese company said
they that do not bow to US pressure.
In a trade war between China and the US, the founder of the famous Chinese company Huawei said that his company is ready to deal with the steps taken by the US.
At the same time, he said that Huawei will reduce its dependence on the parts of America. Let us tell you US President Donald Trump had effectively ban Huawei from the US market on Wednesday. Huawei’s founder and CEO Ren Zhengfei said in an interview with Japanese journalists on Saturday, “We are already preparing for its preparations.” 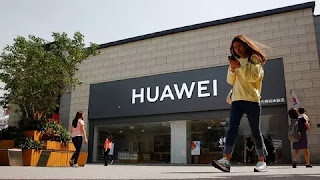 Will continue to develop your parts Ren said that Huawei would continue to develop its parts so that its dependence on outside suppliers could be reduced. Huawei is one of the leading companies in 5G technology, but is still dependent on foreign suppliers for many parts. According to Nikkei Business Daily Company buys spare parts for $ 67 billion every year. Of these, about $ 11 billion is supplied by American companies.
China and America may clash in prior to this; Donald Trump signed the executive order to stop US companies from installing foreign telecommunications equipment. These devices can pose a threat to national security. This step has been taken to keep China’s big telecommunications company Huawei away from American networks. There is a possibility of a clash in China and the United States.