Loading...
USNMix Report: Huawei P40 and P40 Pro information leaked
Users will get 5G connectivity in both devices.
Earlier the company introduced the P30 Pro in India
Detailed
China’s smartphone maker company Huawei is preparing to launch its latest P40 5G series powerful devices P40 and P40 Pro. Many reports have been leaked regarding the price and features of these two smartphones. Now a new leaked report has come out recently, in which it is claimed that users will get support of 50 megapixel camera and fast charging feature in the rear of these two phones. However, the company has not yet shared information related to these two smartphones.
Expected Price of Huawei P40 5G Series
According to media reports, Huawei will keep the latest smartphone series P40 priced in the premium range. Apart from this, customers can get attractive offers by purchasing this series of smartphones. Let us know that the company had earlier launched the Huawei P30 Pro smartphone in the market with a price tag of Rs 71,990. 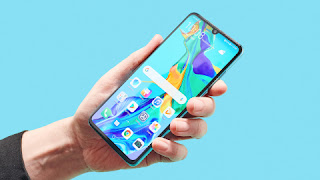 Possible specifications of Huawei P40
According to media reports, the company will give four cameras in the back panel of the top model of this series and two cameras in the front. On the other hand, talking about the base variant, users can get a triple rear camera setup in it, in which the primary sensor will be 50 megapixels, the second sensor is 16 megapixels and the third sensor will be 2 megapixels. Apart from this, a 32-megapixel selfie camera can be given in the front of this variant. However, information on the actual price and specification of both variants will be available only after launching.

Other features of Huawei P40
Talking about other features, the company can offer a 6.58-inch display in both smartphones. Apart from this, users will get 3,800 mAh battery with 5G connectivity in this phone, which will be equipped with fast charging feature.