Mar 22, 2019
Loading...
USNMix Report: Huawei launches legal case against
US government.
China’s smartphone and telecommunications equipment manufacturer Huawei has challenged the US Defense Bill in a US court. The company gave information about this on Thursday.
Huawei said that theyhas filed a lawsuit against Bill in Plano District Court in Texas. The United States alleges that Huawei helps China’s intelligence agencies. In view of this, the Defense Bill 2019 was prepared in the United States. This bill prevents U.S. government and government agencies from buying Huawei’s equipment and its services. Apart from this, the bill also bans the services and equipment of third parties who work with Huawei. 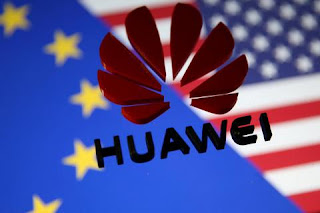 ‘America failed to present evidence’
The company’s chairman Mr.Guo Ping said, “The US Congress has repeatedly failed to present evidence in favor of Huawei products. We have been forced to take legal action as a final and proper step.”Guo said, “If this law is removed, which must be withdrawn, Huawei can bring more advanced technology in America and can help in the creation of the best 5G network.”
They also accused the United States government of breaking into Huawei’s servers and stealing email and source code. However, they did not present any facts about this.