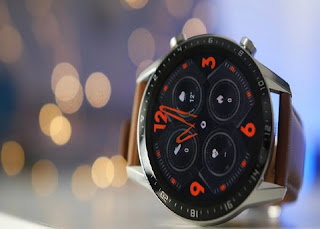 Huawei Watch GT 2 specification
In Europe, the Huawei Watch GT2 has been launched in two variants of 46 mm and 42 mm, whose initial price is 249 euros, which is around Rs 19,500. Talking about the features, Huawei’s 46mm smartwatch will get a 1.39-inch OLED display.
Apart from this, Kirin A1 processor will be available in it. The smartwatch has received 5ATM certification for waterproof. Bluetooth 5.0 has been given in this smartwatch. Apart from this, it has been claimed that its battery life is up to 30 hours in GPS mode. Apart from this, you can store 500 songs in this watch.