Loading...
USNMix Report: Huawei will launch Kirin 990 chipset
on 6 September.
The company has officially put ‘Huawei Kirin 990 Warm Up’ teacher video on YouTube, which gives detailed information about the chipset.
Chinese smartphone maker Huawei has confirmed that it will launch its latest in-house Kirin 990 chipset at its September 6 event. Friday’s report from the news portal GSM Arena stated that the Kirin 990 will be built on TSMC’s 7 nm EUV process which will provide 20 percent more transistor density and in turn increase energy efficiency. 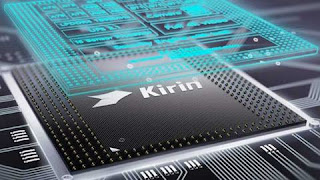 The company has officially put the ‘Huawei Kirin 990 Warm Up’ teacher video on YouTube, detailing the chipset and it is reported that it will be equipped with 5G capabilities.
The company recently launched the world’s most powerful Artificial Intelligence (AI) processor – the Ascand 910 as well as an all-cinereo AI computing framework – Mindspor. The Ascand 910 is a new AI processor introduced in the company’s Ascand-Max chipset series.