Skip to content
Loading...
USNMix Report: TRAI verdict,
30 seconds on mobile and 60 seconds on landline.
Incoming call on mobile phone (Ringtone) will now ring for a maximum of 30 seconds and a maximum of 60 seconds on landline. Such a telecom regulator TRAI has decided. TRAI has approved the Standards of Quality of Service of Basic Telephone Service (Wireline) and Cellular Mobile Telephone Service (Seventh Amendment) and Cellular Mobile Telephone Service (Seventh Amendment) 2019. Regulations, 2019) has been released.
TRAI, while improving the quality of service rules for basic telephone service and mobile telephone service, said that if an incoming call is not cut or picked up, the bell on the mobile will be maximum 30 seconds and the basic telephone (landline) will be 60 seconds. 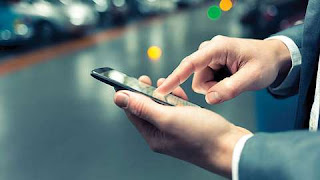 Time was reduced to reduce expenditure
However, telecom companies had already reduced the ring time of incoming calls to reduce their expenses. This was done by calling other networks. But, now if you are a customer of Airtel and call Vodafone or any other network, the ring will ring for 30 seconds.
Vodafone reduced time to 25 seconds
Let us tell you that Airtel and Vodafone Idea had reduced the time of ring tone to 25 seconds on calls going out of their network, which was usually 40 to 45 seconds. The motive behind this is to reduce the cost of Interconnect Usage Charge (IUC) on the call according to the time the call is connected. The Telecom Regulatory Authority of India (TRAI) had asked the telecom companies involved in the intense competition in the IUC case to reach a solution. TRAI has issued instructions after talking to them.
What is IUC
IUC is provided on one network to services offered on another network. In this, the network through which the call is made pays this fee to the network that reaches the call. Right now its rate is 6 paise per minute. Airtel has told TRAI about this. Vodafone Idea has also decided to reduce the period of ringing of the phone in select areas.

Vodafone denies as rumor the News of leaving India