Mar 22, 2019
Loading...
USNMix Report: Here we get 1Gb data at Rs 5300,
the cheapest internet rate in India
Several reports have revealed that worldwide smartphone sales have declined during the year 2018. But smartphone sales in India have risen in 2018. The biggest reason for this is that India has the cheapest mobile internet data in the world.
Mukesh Ambani company Reliance Jio plays a key role behind this. Currently, the average price of 1 GB mobile internet in the country is 18.5 rupees, whereas in the world it is an average of 600 rupees. These figures have been issued by Dot UK on cable dot. Cable Dot is a research company comparing the prices of dot-uk internet data. 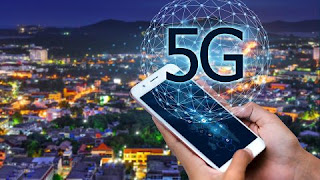 1 GB internet of Rs 18.5 in India According to the company report, the average price of 1 GB mobile data in the country is $ 0.26 (about 18.5 rupees). Whereas in the UK it is an average of $ 6.66 (Rs 470) and in the US 12.37 (875 rupees). The company has released these data by estimating the rate of mobile internet in 230 countries. The average price of 1 GB mobile internet worldwide is $ 8.53 (around Rs 630). Let us know that India is the second largest smartphone market after China with 43 million smartphone users. The rate of mobile internet is the most expensive in Zimbabwe, here we have to pay $ 75.20 (about Rs 5,312) for 1 GB.
1 GB data of 700 rupees in China In India even if the mobile Internet is the cheapest rate. But in neighboring China, users have to pay $ 9.89 (about Rs 698) for 1 GB of mobile internet. According to the report, half of the top-20 countries providing mobile internet at affordable rates are from Asia. After India, it is number one in Sri Lanka, Mongolia, Myanmar and Bangladesh. The average price of 1 GB of mobile data in South Korea is $ 15.12 (Rs 1,067).
The most expensive internet data in Zimbabwe
The world’s most expensive internet data is in Zimbabwe. Here the user has to pay 75.20 USD (5,270) for 1 GB of data. Equatorial Guinea and St Helena are second and third in the case of expensive internet. Both countries have to pay more than US $ 50 (about Rs 3700) for 1 GB of data. Talk about the cheapest rate, after India, the cheapest internet in Kyrgyzstan, there is about Rs 19 for 1 GB data. At the same time, Kazakhstan has to pay about 34 rupees for this.
World changed after JIO arrives
Before the arrival of Reliance Jio in India, rates of internet were expensive. In the Indian market, Reliance Jio started its service on September 5, 2016. After this, the record of internet rates decreased. Earlier, in the Indian market, for an average of Rs. 250 per month for 1 GB 3G data was to be given. At that time for about 2G, Rs 100 was used. After the arrival of JIO, other companies also have to reduce data rates.