India Rank 1 for uploading fake and false video on YouTube

Loading...
USNMix Report: Unwanted Achievement:
Indian number 1 in putting fake and false videos on YouTube.
Indians topped videos for the second time in a row by posting fake and inappropriate content on YouTube. India is also ahead of the US, UK, Russia and Brazil in violation of the rules based on the content of YouTube videos. Earlier, between January-March 2019, India was on top. This unwanted achievement is a matter of concern for the country.
According to a YouTube Community Guidelines report, between April and June this year 1.08 million videos were shared on the platform worldwide. The most fake videos were posted in India. This was followed by fake videos in the US, Brazil, Indonesia, Mexico and Britain. 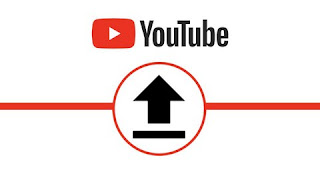 YouTube on Blogspot said on Wednesday, it has removed nearly a million videos of hate. While more than 17 thousand channels that put this video were canceled. In the second quarter, more than 500 million comments were also removed from YouTube.
Under an automated system in YouTube, videos are divided into categories such as sarcasm, violence, hatred, controversy, fake, suspicious etc. This system also helps to tighten control over inappropriate content on YouTube.