Loading...
USNMix Report: Only after the withdraw ban on Pakistan’s airspace,
the airlines will benefit, now it is the situation.
The flight has to go a long way through the Arabian Sea every time and to refuel; it has to stay in Qatar’s Doha or Ahmedabad in Gujarat.
Indian Air Force announced on Friday that after the Balakot attack, all the temporary restrictions imposed on the Indian airspace have been removed. But, as long as Pakistan does not open its airspace, any commercial airline is unlikely to benefit. International operations of Air India and Indigo have been affected since the closure of the Pakistan airfield since February 27. IndiGo, India’s largest airline in the domestic passenger market, has been unable to start a direct flight from Delhi to Istanbul. 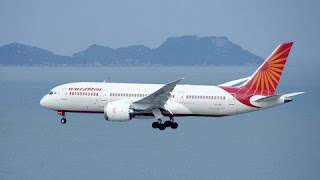 However, low-cost airlines started flights to Delhi-Istanbul in March this year. The flight has to go a long way through the Arabian Sea every time and to refuel; it has to stay in Qatar’s Doha or Ahmedabad in Gujarat. Similarly Air India has been unable to fly non-stop flights from Delhi to the US since the closure of the Pakistani airspace. The impact of the closure of the Pakistani airspace was mainly on the flights from Europe to Southeast Asia. Since the airfield has been closed, air travel has increased tremendously on many routes including Delhi-Kabul, Delhi-Moscow, Delhi-Tehran and Delhi-Astana.
A senior Pakistani government official on Saturday indicated that Pakistan could remove the ban on its airspace on the eastern border from India. Civil Aviation officials of Pakistan had extended the period of closure of their air force this week till June 14. Pakistan closed its airspace on 27th February after the Indian Air Force’s attack on Jaish-e-Mohammed terrorist camp in Balakot. On March 27, Pakistan had opened its airspace for all the flights except New Delhi, Bangkok and Kuala Lumpur.