Loading...
USNMix Report: Army Officers shock from new CSD rule,
one car to be taken in 8 years
A new controversy has arisen on the new orders issued by the Quarter Master General Branch of Army Headquarters on May 24 to buy the car. Army headquarters say that it was necessary to take these steps to stop the misuse of the public exchequer. According to this directive, an officer will be able to buy a car only once in 8 years from the CSD service department. At the same time, the car will have less than 2500 cc engine power and less than Rs 12 lakh.
Steps to stop the misuse of public exchequer
For the jawans this limit will be 1400 cc and 5 lacs. According to the Army headquarters, these steps are being taken to prevent the misuse of the public exchequer. Army headquarters sources say that for the past some time it was being seen that the facility of CSD was being misused. The purchase of a car from CSD is of 50 thousand to 1.5 lakhs. This is because the government offers a 50% discount in tax on purchasing in CSD. That is, the government has a loss of 50 percent tax on every purchase. 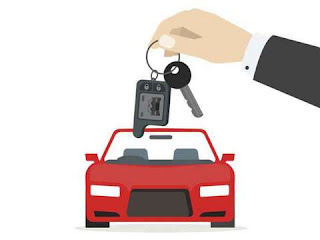 Car sales decline by 17 percent in the country
Last year i.e. fiscal year 2018-19, there was a decrease of 17 percent in sales of cars across the country, but in CSD, there was a 20 percent jump in car sales. Sales of only one-third of sales in CSD last year were only car sales. There were also cases when the car was purchased by CSD from a cheap car and bought a second car from the CSD.
34 Area Depots all over the country
CSD was started in 1948 for providing cheap goods to the soldiers. Today there are 34 Area Depots in the entire country from where the goods are sent to every military camp in the whole country. For this, the government gives a budget of 17,000 crores every year. The convenience of the CSD canteen is one of the services of military service. But this facility is also misused and Army Headquarters is trying to stop this.
Some of the Army Headquarters’s decisions are opposed by some army personnel. These decisions include shutting down of non-essential military messengers, cutting of visits of senior officers without requiring them, and prohibiting the placement of large number of senior officials or assistants in houses. According to an officer of the army headquarters, these decisions will be stopped in the absence of the sacrifice of soldiers and the abuse and misuse of the facilities available for the hard job.