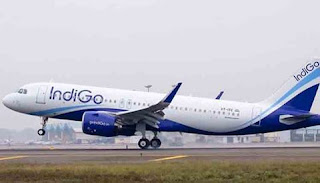 Flight canceled from Saturday In this regard, there was no reply to the question sent to Indigo spokesman and chief operating officer Wolfgang Prok Shur. It is worth mentioning that after the heavy storms and rains in Delhi and NCR region, the aviation regime has been canceling its flights since Saturday. The passengers are facing huge problems due to continuous flight cancellation from IndiGo.
62 flights canceled in two days
Earlier, Indigo canceled 62 flights in two days. According to PTI, due to lack of pilots, IndiGo canceled 32 flights on Tuesday and 30 flights on Tuesday. Most of these flights were to leave Kolkata, Hyderabad and Chennai. With the cancellation of the Indigo flight, the passengers had to buy tickets for the second flight by paying heavy rent in the last time. DGCA has not yet shown any sign of investigation in this regard.