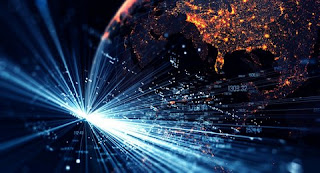 By 2013, the average Indian consumer used to spend more on mobile services than mobile data. Now this situation has changed and Indian consumers are spending more on data. According to the report, the average monthly expenditure on voice services in 2013 was Rs 214 and average monthly data cost was Rs 173. In the year 2016, the average monthly expenditure of voice dropped to Rs 124 and in terms of data it reached Rs 225. According to Nokia Mobile Broadband Index 2018, about 65 to 75 percent of data is spent on video services.
According to a report in the past, the cheapest rate of mobile internet in the world is in India. The report said that Reliance Jio, headed by Mukesh Ambani, has an important role in it. The average price of a GB internet in the country is eighteen rupees, whereas in the world it is an average of 600 rupees. This data is released by Dot UK, Cable Dot, a research company comparing prices.
According to the company’s study report, the average price of one GB mobile data in the country is $ 0.26. Whereas in the UK it’s average $ 6.66 and in the US it is $ 12.37. The company has released this data by estimating the rates of mobile internet in 230 countries. The global average price of mobile internet is $ 8.53 per GB. It is worth mentioning that after China with 43 million smartphone users, India is the second largest smartphone market in the world.