Internet price in India is 50 times cheaper than USA

Mar 22, 2019
Loading...
USNMix Report: India is 50 times cheaper than the Internet price in USA,
there is worth of rupees for 1GB.
In the UK, the internet is 25 times more expensive than India.
The world’s cheapest rate of mobile internet is in the country. In this, Mukesh Ambani Reliance Jio plays an important role. The average price of a GB internet in the country is eighteen rupees, whereas in the world it is an average of 600 rupees. This data is released by Dot UK, Cable Dot, a research company comparing prices. According to the company’s study report, the average price of one GB mobile data in the country is $ 0.26. Whereas in the UK it’s average $ 6.66 and in the US it is $ 12.37. The company has released this data by estimating the rates of mobile internet in 230 countries. The global average price of mobile internet is $ 8.53 per GB. It is worth mentioning that after China with 43 million smartphone users, India is the second largest smartphone market in the world.
By the end of 2019, 62.70 million will be the number of Internet users
At the same time, according to another report, the number of Internet users in the country will increase with the increase in the number of digits, to reach 62.70 crore in 2019. The market research agency Kantar IMRB has informed this on Wednesday. For the first time, the number of Internet users in the country has crossed the 56.60 million mark due to increased use of internet in rural areas. The agency said in the 2018 report that the number of internet users in the country has registered an increase of 18 percent and it increased to 56.60 million by December 2018. It is 40 percent of the total population. The agency has estimated that in 2019, the number of people using the internet will increase in the number of digits and by the end of 2019, the number will reach 62.70 crore. 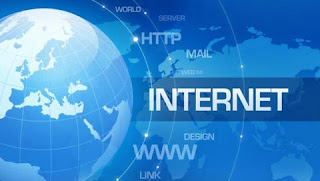