Apr 29, 2019
USNMix Report: Data is cheaper of 95 percent in six years,
Internet users will increase by 2023.
Due to government efforts and private companies like Reliance Jio, the data in the country has been 95 percent cheaper in the last six years. Due to this the number of internet users is increasing rapidly. Information about this has been given in a report. In the ‘Digital India-Technology to Transform a Connection Nation’ report, the number of Internet users will increase up to 40 percent by 2023, due to consistent availability of data in the country. The report said that the number of people having a smartphone will also be doubled during this period.
Business up to $ 435 billion by 2025
According to the report, with the help of government, the economy has been helped to digitize. Due to private companies like Reliance Jio, the cost of data has decreased by more than 95 percent since 2013. The report said that the country’s main digital sector will double by 2025 to 355 to 435 billion dollars. India is one of the fastest growing markets for digital users. There were 56 million Internet users in the country till 2018, which is less than China alone. 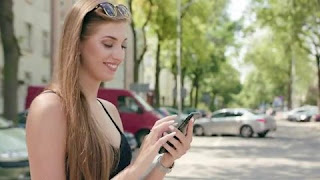 Every user uses 8.3 GB data
According to the report, mobile data users in the country use 8.30 GB of data every month. It is 5.50 GB average in China and 8 to 8.5 GB in South Korea. “Our analysis of mature and emerging markets has shown that India is becoming more digital faster than any other country,” the report said.
Made online service accessible
According to the report, “Private sector innovation has helped in delivering Internet enabled services to millions of users and made use of online services more accessible. For example, the offer of a free smartphone with the services of Reliance Jio, indirectly with mobile services, encouraged innovation and competitive prices in the region.
Increasing data consumption by 152 percent
The result was that the user’s monthly mobile data consumption is increasing at an annual rate of 152 percent. This rate is more than double than the US and China. The fixed download speed of the fixed line has also increased fourfold between 2014 and 2017.
Internet users will get 80 million
The report said that the number of Internet users in India increased to 83.5 million by 2023. It said, “The number of Internet users in India will increase by about 40 percent to 75 to 80 million by 2023. Meanwhile, the number of smartphones will increase to 65 to 70 million.
According to the report, average social media users spend 17 hours per week on these forums in the country. It is more than China and America. The report said that the number of people holding at least one digital transaction account has increased by 80 percent since 2011. It is credited in the report to open a mobile-based bank account of 33.20 million people under the public-funded scheme of the government.