Loading...
USNMix Report: iPhone 12 can get powerful processor support,
know possible price.
Apple is set to launch the upcoming iPhone 12 as the most powerful device. The company can offer MacBook Pro features in this iPhone. Several reports of the iPhone 12 were leaked a few days ago, in which some specifications were found. According to the leaked report, the iPhone 12 will get support for HD display, powerful camera and A14 bionic chipset. However, Apple has not yet shared official information regarding the launch of this phone. Let us tell you that the company launched the iPhone 11 series at the global level in September last year, which was out of stock in a few days.
IPhone 12 Expected Price
According to the leaked report, Apple will keep the initial price of this latest series at Rs 75,000. But information about the real price and features of this phone will be found only after launching. It is expected that this phone will be introduced at the global level by the end of March. 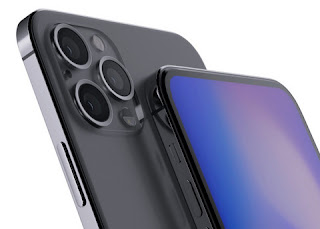 According to the leaked report, the company will give a 6.7-inch or 6.1-inch HD display in this phone. Also, this phone can get A14 Bionic processor, which will work much faster than A13 chipset. If sources are to be believed, people will get a new operating system in this phone. On the other hand, in the leaked pictures, four cameras have been given in the back panel of this phone. At the moment, there is not much information about the sensors of this device. Apart from this, the company can support 5G or 4G LTE, Bluetooth, Wi-Fi, GPS and special sensors in this phone for connectivity.
Iphone 11
The initial price of the iPhone 11 is Rs 64,900. Talking about the features, this phone will get a 6.1-inch liquid retina display. Apart from this, Apple’s A13 bionic processor will be found in the phone, with which the company has claimed the world’s fastest CPU and GPU. This phone will get iOS 13. Apart from this, dark mode will also be available in it.