It’s up to Government to take a call on Huawei issue: TRAI

May 22, 2019
Loading...
USNMix Report: Google canceled license for Huawei,
Government to decide on its stand: TRAI.
The Telecom Regulatory Authority of India (TRAI) said that this government will decide if India should fix any position on the Huawei issue. The regulator said that determining the attitude of Huawei is a big question on which the government will decide. The Trump Administration and its related companies blacklisted Huawei last week. With this step, China’s company cannot buy parts from American companies without the approval of the US government.
Government will decide on Huawei Asked by TRAI Chairman RS Sharma whether India should fix its position on Huawei, said, “This is a big question which the government has to decide.” They did not say anything else on this matter. However, Huawei has said that it will continue to provide security updates and after-sales service for its existing Smartphone and tablets. However, the future profile for his products is not fixed because his Android license has been canceled. 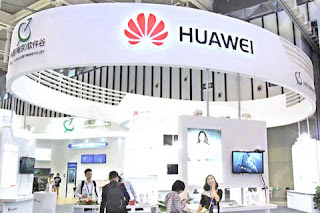 Google took strong action against Huawei
Between the US and China trade war, it is understood that the technology giant Google is not support the hardware, software and technical services to Huawei now. On the other hand, on Monday, Google has also taken strong measures against Huawei. Google has revoked Android license for Huawei while suspending its business with Huawei.
After this step Google will not provide Huawei with its hardware, software and technical service. That is, Google will not even get Huawei Android updates. Apart from this, the US has demanded the Chinese company Huawei to be blacklisted around the world.