Skip to content
Loading...
USNMix Report: SpiceJet can operation grounded aircraft of Jet Airways.
Due to non-payment of rent, more than 32 aircraft of Jet Airways have grounded.
Jet Airways is still not out of the cloud of difficulty. Due to not paying the rent, the company has more than 32 aircraft grounded. In such a case, the companies which have leased the aircraft to Jet Airways are considering breaking the deal and leasing the aircraft to the other airlines. News Agency Reuters has conveyed the information to the sources.
It has been stated in the report of the agency that two companies leasing Jet Airways have asked DGCA to register the five planes which are currently being operated by the airlines. There is a heavy burden of debt on Jet Airways. The airlines, who are facing financial crisis, have not given their pilots and ground staff salaries for several months. Company has defaulted. According to statistics, there is a debt of about Rs 7,000 crore on Jet Airways. 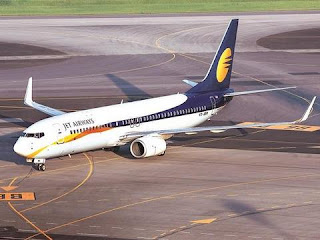 According to Reuters sources, leasing companies – GE Capital Aviation Services, Aercap Holdings and BOC Aviation have also withdrawn several planes. Airlines has a fleet of 119 aircraft, of which nearly one-third has grounded. According to sources, three aircraft have been d-registered with DGCA. Two aircraft have been dispatched to China and one aircraft to Ireland.
It is also reported from sources that these companies are in talks with SpiceJet. These leasing companies want SpiceJet to operate the Boeing 737 Next Generation Aircraft, which was currently included in the Jet Airways fleet. After Ethiopia plane crash, Boeing’s 737 Max aircraft were grounded all over the world. SpiceJet had 13 such planes that have been ground now.