JIO fastest in download and upload speed comparison with other network: TRAI

Feb 17, 2019
Loading...
USNMix Report: In this case, JIO is ahead from all the companies,
the truth came out in the report of TRAI.
According to the Telecom Regulatory Authority of India (TRAI), in January, Jio doubled fast to its nearest rival Airtel in terms of average speed of 4G download. TRAI’s report says that last month the average download speed of JIO 4G network was 18.8 Mbps (second on megabyte), while the average speed of Airtel Network was 9.5 Mbps. On average, the JIO Network’s 18.7 Mbps download speed in December, while the average download speed of Airtel was 9.8 Mbps. 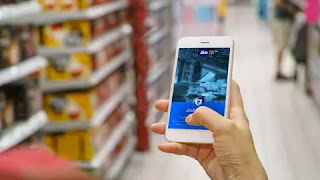 Minor improvements in Vodafone 4G download speed
Airtel, Vodafone and Idea provide 2G, 3G and 4G networks, while Live provides only 4G networks. According to the TRAI report, Vodafone’s 4G download speed was 6.7 Mbps in January, with slight improvement, which was 6.3 Mbps in the month of December. At the same speed, the speed of Idea was dipped by 6 Mbps and reached 5.5 Mbps. Though Idea and Vodafone’s telecommunications business has merged and now it is working under Vodafone Idea, but TRAI has shown statistics for both January separately.
Idea Number 1 in Upload Speed
Idea number one in the upload speed. The average upload speed of the company increased from 5.3 Mbps in December to 5.8 Mbps in January. With 5.4 Mbps Vodafone is second with 4.4 Mbps and Live is at number three. With the 3.8 Mbps 4G upload speed Airtel reached the lowest level. It is worth noting that Idea in Reliance JIO and uploads at 4G download speed has been at the top for the past several months.