Oct 12, 2019
Loading...
USNMix Report: Not everyone has to pay six paise a minute!
Find out which Jio customers will get a discount. Not all Jio customers are being charged as much as six paise a minute right now.
Calling another network will cost you six paise per minute. Jio announced this on Wednesday. According to Mukesh Ambani’s agency, the Telecom Regulatory Authority of India has to pay extra charges for the fixed interconnect usage charge (IUC). Many say again that Ambani’s company did not keep their word. Because they said earlier, Jio will never take any money from customers for talking. And if require they can take money for internet data. However, customers do not have to pay any money to call Jio Network. 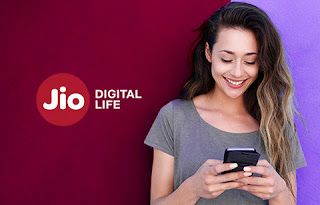 It is known that not all Jio customers have to pay six paise a minute. Jio has stated on Instagram that customers who have recharged before October 9 do not have to pay a fee of six paisa per minute. Those who have recharged before October 9 will be able to call any network free of charge until their plan expires. If that is the case, the only customers who will recharge on or after October 10, they will be charged as little as six paisa per minute when they call other networks. That means, not all Jio customers are being charged as much as six paise a minute right now.
In the meantime, Jio has launched multiple top-up plans between Rs.10 to Rs 100. It is expected that such a plan to take money from customers for IUC charges. The rules are the same for those who have a postpaid connection. Calling another network will pay six paise per minute.