May 13, 2019
USNMix Report: Do you know the Wonders of health benefits
of Kamranga, Carambola or Star Fruit?
Let’s know some of the amazing wonders of Kamranga.
The number of people who do not like to eat kamranga, may not be too much. This fruit of sour and sweet taste is the choice between the eight to eighty age of everyone. Not only for taste, but also some of the health benefits which may unknown to everyone! Let us know some of the amazing wonders of Kamrangan …
1) Kamranga has a lot of fiber which helps digestion. Removes constipation problems.
2) Kamranga has a large amount of polyphenolic flavonoids called antioxidant material and gallic acid which helps reduce the risk of diarrheal cancer. 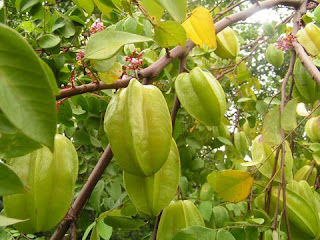 3) The amount of calories in the Kamranganga is nominal. So Kamranga is extremely effective for reducing weight.
4) Burning of Kamaranga like a filler and it becomes easy to get rid of cold and cough problems.
5) Dry Kamrangar Powder (half a spoon) take once a day with a glass of water can be quickly benefited Hemorrhoids.
Emergency alert:
This fruit contains an element that is deadly poison for our brain. This poisonous ingredient of Kamrangara is called Caramboxin. However, this poison clears our kidneys out of the body. But those whose kidneys are weak or have kidney problems, this poison can not be released properly from their body. As a result, the poison began to mix with blood slowly. And after that the poison entered the brain through blood.
According to a group of researchers from Sao Paulo University of Brazil, if there is a problem with kidneys, the death can be happen due to the poisonous ingredient Caramboxin of Kamranga. So if you already know that you have kidney problem, do not eat Kamranga by mistake.