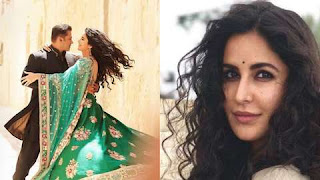 These actresses already have their own production house
Particularly in production, Katrina is the leading Bollywood actor. Actors Priyanka Chopra (Purple Pebble Pictures), Anushka Sharma (Clean Chillies Films) and Swara Bhaskar (Kahaani Wale) are already running their production house, which ensures the best and better presentation of women in Indian cinema. Talking about the development of the project, Katrina said, “This French film is a story on which we have been working for a long time. This is not really a French film, but there were some ideas which came to me I liked it and maybe as a producer, I could be involved in it. There are some discussions going on and hopefully shooting this film will start this year.”
The film ‘Bharat’ will be released on June 5 in India
Salman and Katrina Kaif Starrer ‘Bharat’ is a period drama film written and directed by Ali Abbas Zafar. Tabu, Jackie Shroff and Disha Patani are also important roles in this film. This film ‘Bharat’ will be released on 5th June, 2019 on the occasion of Eid-al-Fitr in India.