Mar 6, 2019
Loading...
USNMix Report: Overtaking Zuckerberg,
this girl who turned 21 this year as a billionaire, does this business.
If you are asked about the richest man in the world, then you will give the exact answer. Jeff Bezos. He is also at the forefront of the list of world’s billionaires released by Forbes on Tuesday. Bezos’s total assets are $ 131 billion. But if you are asked about the world’s billionaire youngest, you probably do not have the information. This time, Kelly Jenner has become the youngest billionaire in the list released by Forbes. Kylie owns 900 million dollar company Kylie Cosmetics.
Total 360 million dollars sales in a year
Kylie Jenner is a family member of top model Kim Kardashian, who has achieved this place from the cosmetic business. The 21-year-old Kylie started business with Kylie Cosmetics three years ago. Last year, his company managed to total sales of 360 million dollars. In the list of the youngest billionaire, Kylie has left Zuckerberg behind. Zuckerberg joined the billionaire list of businessmen at the age of 23. 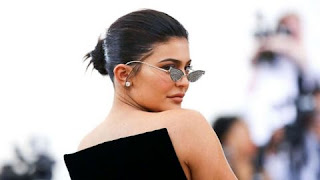