Laughing with ‘Tears of Joy’ emoji most used in India

Jul 17, 2019
Loading...
USNMix Report: The people of India who used the most used of Emoji,
revealed in the report.
This report has come before World Emoji Day on Wednesday, July 17th.
On social media platforms such as Facebook, WhatsApp and dating app, if you have your favorite emoji with laughing tears and blowing emoticons in your favorite emoji, you are one of the many people in the country. A new report reveals that most of the Indians use these emoticons on these social media platforms.
World Emoji Day is on 17 July, Wednesday. A day before the World Emoji Day, tech company Bobble AI has shared a report, in which the ‘Tears of Joy’ and ‘Blowing a Kiss’ Emoji are described as the top two emoticons used in smartphone convergence in India. 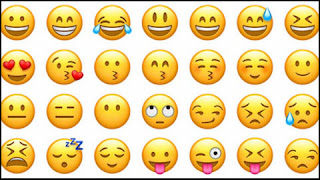 The second top ten emoji are: Smiling face with heart eyed, Kiss mark, OK hand, loudly craying face, beaming face with smiling eyes, thumbs up, folded hands and smiling face with sunglasses.
There are similar emoji on whatsapp. It has been said in the report that during the festivals and national festivals, there was considerable use of emoticons experiments. In the dating app, a lot of emoji used to enjoy emoji and eating food.
It has been claimed in the report, “Emoji used in dating ap transformation is used to express floss and romantic, to express khushi.”
“Emoji is slowly becoming part of our digital culture and is showing a new path to talk to each other,” said Ankit Prasad, co-founder of Bobble AI. The figures from the year 2018 to the present have been included in the report.