Nov 4, 2019
Loading...
USNMix Report: From November 14, LED Expo will be held in Delhi,
from Wi-Fi to smart bulbs will be seen.
There is going to be an LED Expo in New Delhi, which will see all kinds of LED lights. The expo will be held between 14-16 November at Dia Expo Center and Mart, Greater Noida. Explain that this is the 21st edition of LED lights.
Eight international groups will participate in this year’s LED Expo. The expo will have more than 350 exhibitions. It will also have a future zone in which information about future LED lights will be given. Countries like China, Hong Kong, Taiwan, Finland, Italy, Japan, Korea and UAE are participating in this exhibition. 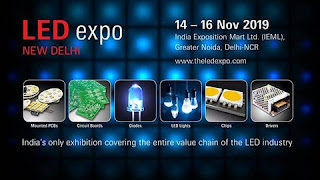