Apr 1, 2019
Loading...
USNMix Report: Be careful voters!
Your Brainwash is being done from the 87000 Whatsapp Group.
Through social media, all political parties and politicians are engaged in creating an environment in their favor. Fake News is also being spread for this.
Polling for the first phase of Lok Sabha elections will take place on 11th April. In the first phase, voting will be done in 91 seats in 20 states of the country. The promotion is still at the peak. Political parties and candidates are engaged in every possible effort to woo voters. Social media and media analysts make important contributions in this work. Currently called Chanakya, they are promoting their client (candidate) through social media and create a positive atmosphere in their favor. 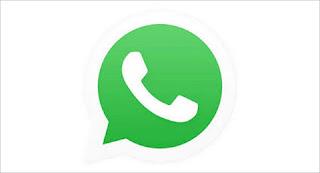 There are 43 million smartphone users in India
There are about 87,000 WhatsApp groups in the country who work to woo voters. Through these groups, millions of voters are being sent in a special and planned manner keeping in mind the special purpose. Trying to change the general perception of people about political leaders and political parties. According to the report of February 2017, there are about 20 million active users of Whatsapp. For two years, the list has not been released for their number. There are currently 43 million smartphone users. Those who have a smartphone, are expected to use Whatsapp. If some part of them is also affected, then the political parties have balle balle.
Data revolution is easy to work with
Whatsapp is a platform that helps spread the fake news is very easy. There is no one to check the message that comes to your group. If you are influenced by any political party, then you forward the message to the person who comes in favor of him, and consider the wrong fact as right. Based on false facts, they make their opinions and influence others’ opinions. The same work is being done through Facebook and Twitter. Due to Reliance Jio, there has been a digital revolution in India. The data has become so cheap that everybody is using it in a lag. The popular perception of people through video debuts, live shows, facebook live and news channels becomes stronger.
A group can have 256 users
A whites group can have a maximum of 256 users. In such a situation, through 87,000 groups, 22 million people get direct access. You can forward a message to a maximum of five people from one group. In this way, the message can be easily delivered to 11 million people. Overall it is not a good sign for healthy democracy. In such a case, being a sensible and responsible citizen, must check the veracity of the messages that came on WhatsApp. Avoid Fake News and save other people too. Use the franchise and contribute to the creation of a better India.