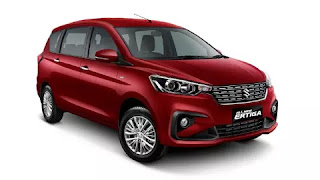 Sales of the company’s Vitara Bridges, S-Cross and Ertiga were up 7.4 percent to 21,834 units as against 20,324 units last year. The company’s exports in February stood at 9,582 units, down 19.6 percent, from 11,924 units in the same month last year. Domestic sales of Honda Cars India Ltd (HCIL) rose 16% to 13,527 units last month. In the same month last year, the company had sold 11,650 cars in the domestic market.
Rajesh Goyal, senior vice president and director (sales and marketing), HCIL said, “Our efforts and strengthening of our growth in February, from the sale of models such as Amazon, City and WR-V.” The domestic sales of utility vehicle maker Mahindra & Mahindra were seen to increase 17 percent in February, 2019. The company sold 26,109 vehicles in the comparable period. In February, 2018, the company sold 22,389 vehicles.
The statement issued by Tata Motors said that the sales of passenger vehicles in the domestic market were at 18,110 units, with an increase of 2 percent in the domestic market. In February, 2018, the company sold 17,771 passenger vehicles. Mayank Pareek, chief of Tata Motors’ passenger vehicle business, said, “In our challenging environment, we have achieved a growth of two percent, on the positive side of our new generation of products.”
However, sales of commercial vehicles in the domestic market remained at 39,111 units, with a decrease of 5 percent. In February last year, the figure was 41,222 vehicles. Toyota Kirloskar Motor (TKM) sold 11,760 vehicles in February, 2019. In the same month last year, it had sold 11,864 vehicles.
Sales of Hero MotoCorp in the two-wheeler segment stood at 6,17,215 units, down by 1.96 percent in the month under review. The company has issued a statement saying that last year, it sold 6,29,597 vehicles in the same month.
Bajaj Auto’s sales of vehicles grew by 4 percent during this period. Bajaj Auto’s 2,21,706 vehicles were sold in February this year. In the same period last year, the figure was 2,14,023 units. TVS Motor Company’s domestic sales of two-wheelers increased marginally to 2,31,582 units compared to the previous year. He sold 2,30,353 two-wheelers in February last year.