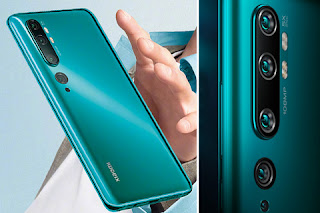 Let us tell you that on November 5, during an event in China, the company will launch Mi CC9 Pro. This smartphone will also have a 108-megapixel primary rear camera. Five rear cameras will also be given in this phone. It seems that the company will launch this smartphone in the name of Mi Note 10 in Poland on November 14. On November 5, Xiaomi is also launching a new Smart Watch. The Mi Note 10 and Mi CC9 Pro will have many of the same features.
Mi CC9 Pro features
The 108-megapixel camera in Mi CC9 Pro is coming in Xiaomi’s Mi MIX Alpha smartphone. In addition to the 108-megapixel primary camera, it will have a 13-megapixel wide-angle lens and an 8-megapixel telephoto lens. According to media reports, the Xiaomi Mi CC9 Pro smartphone will be powered by a Qualcomm Snapdragon 730G processor. The same processor is given in Oppo Reno 2.