Nov 6, 2019
Loading...
USNMix Report: Microsoft Japan employees working just four days,
increased productivity 40 percent.
Legendary Tech Company Microsoft implemented Four Day Week to increase the productivity of employees working in Japan. Under this, now the employees of the company were given three leave in a week. Microsoft employees had to work only for four days. At the same time, the company believed that this step would increase production capacity by 40 percent. On the other hand, office time can be increased to increase the capacity of employees in India.
Meeting time cut
Microsoft used Four Day Week on 2,300 employees in August. All employees were then given a Friday leave. According to the company, employees will take less leave from Four Day Week. At the same time, Microsoft has also reduced the meeting time. Any kind of meeting will not last more than 30 minutes. Also, decisions will be taken immediately for the benefit of the company. This will reduce electricity consumption by 23 percent and also reduce costs. 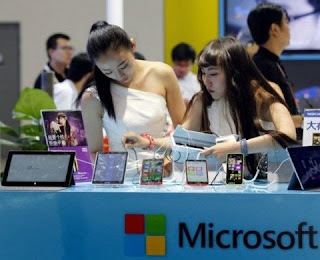 Support for Four Day Week
After a month, when the company asked for opinion on the Four Day Week plan, they got the support of more than 90 percent of the employees. But some experts believe that this will cause a lot of damage to those companies where work is done for seven days. At the same time, they will have to recruit more for this.
Experiment will be started soon
Microsoft is about to roll out the pod day week plan once again. Also, the company has appealed to other companies to adopt this plan.
Big company will benefit from this plan
Microsoft has proved with this formula that large companies can benefit greatly from this. A New Zealand company adopted this plan for two months and described it as effective.