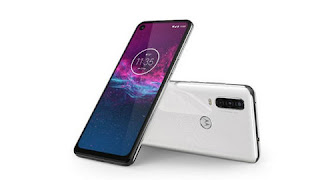 Introducing the MotorolaOne Action, the first-ever ultra-wide action cam. Get ready for an unrivaled cinematic experience, thanks to the breathtaking CinemaVision (21:9) FHD+ display. Capture the action! #Motorola #MotorolaOneAction pic.twitter.com/JyzKI7zwXe

Talking about other specifications, it has a 6.3-inch full HD + LCD screen. The Exynos 9609 processor is mounted. RAM is 4 GB and internal memory is 128 GB. Its battery capacity is 3500 mAh. This smartphone has been launched in the European market for 299 euros. Its price in Indian rupees can be around 23500 rupees. Earlier Motorola One has been launched in India. Its current price is 19999 rupees. It is expected that the price of Motorola One Action will be less than this.