Loading...
USNMix Report: Motorola One Hyper with pop-up selfie camera
will be launched today, know the expected price.
Motorola manufacturer Motorola is about to launch the One Hyper smartphone in Brazil today. Before this phone, the company introduced smartphones like Motorola One Vision and Power at the global level. The company has given strong features in all these devices. However, no official information has been received by the company regarding the launch of Motorola One Hyper in India. At the same time, this phone will give a tough challenge to the series of Vivo V15 Pro, Realme X and Redmi. So let’s know about the potential price and specification of Motorola One Hyper.
Motorola One Hyper Expected Price
According to media reports, the company will keep the price of this phone between Rs 15,000 to Rs 20,000. At the same time, the company has made a sketch of this device on the launching invoice, in which a pop-up selfie camera can be seen. Earlier, this Motorola smartphone was spotted on the US tech site with model number XT2027-1. 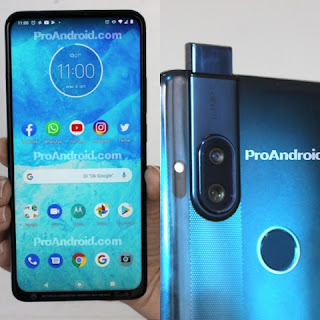 Motorola One Hyper’s possible specification
According to the leaked report, the company will give a 6.69 inch Full HD Plus IPS display in this phone, which will support NFC feature. Also, for better performance, four GB RAM can also be supported with Snapdragon 675 SoC.
Users will get a dual camera setup in the back panel of this phone, which will have a 64-megapixel primary sensor and an 8-megapixel sensor. On the other hand, users of this phone will be able to click spectacular selfies with a 32 megapixel camera.
Other features of Motorola One Hyper
The company can provide features like Bluetooth, Wi-Fi, GPS and USB Type-C in terms of connectivity in this phone. Apart from this, users will also get the feature of fast charging. At the same time, this phone will work on Android 10.