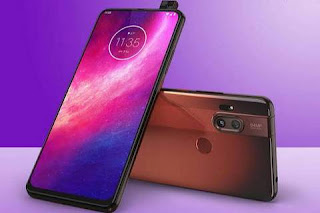 Motorola One Hyper specification
People will get a 6.5-inch Full HD Plus IPS LCD display in this phone, which has an aspect ratio of 19: 9. Also, for better performance, the company has given Snapdragon Qualcomm 675 SoC in it. At the same time, this phone works on Android 10 operating system.
Motorola One Hyper Camera
Motorola has given dual rear camera setup in the back of this phone for photography, which has 48 megapixels and 8 megapixel sensors. Also, users will be able to click a spectacular selfie with this phone’s 32 megapixel pop-up camera.
Motorola One Hyper’s connectivity and battery
In terms of connectivity, the company has provided ports like Bluetooth, Wi-Fi, GPS and USB Type-C in this device. Apart from this, Motorola One Hyper has got a 4,000 mAh battery, which is equipped with 45 W fast charging feature. At the same time, this phone can work continuously for 12 hours after 10 minutes of charging.