Motorola One Vision smartphone will launch on 15th May in Sao Paulo, Brazil 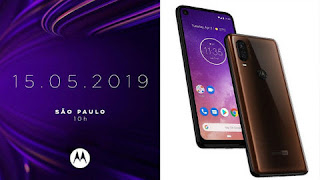 Specifications
This phone has 6 GB RAM which works on Android Pie. Not much has been known about its display size yet, according to the report, the full HD display has been used, which has a resolution of 1080×2520 pixels. It can come with two variants 4GB + 128GB and 6 GB RAM.
Talking about the camera, the primary lens will be 48 megapixels. Dolby sound has been used for better sound quality. Its battery will be 3500mAh. There is currently no information about Fast Charging System.