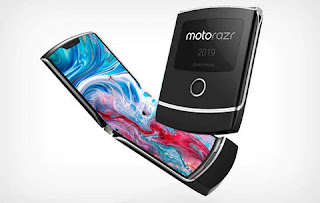 According to the CNET report, this smartphone can have a 6.2-inch display. Also, it can be based on Qualcomm Snapdragon 710 processor. This phone will be available in White, Black and Gold colors. It will have 2730 mAh battery and it can be launched with 4GB, 6GB RAM and 64GM or 128GB storage capacity.
It is believed that this Motorola smartphone will be added to the category of a more expensive foldable smartphone. According to the news of BGR, there is a discussion that the price of this smartphone can be 1500 US dollars i.e. about 1,06,682 rupees.