Mozilla Firefox bug can freeze screen of WINDOWS and Mac

Loading...
USNMix Report: Mozilla Firefox bug,
screen freeze, protect data like this.
By the way, hackers have been constantly trying to hack people’s personal information. Apart from this, they have also adopted new ways to leak or steal data. But now big technology companies are also facing virus and cyber attack. At the same time, these companies have taken important steps to secure their data. A new case has emerged in this episode, in which a bug (virus) has been found in the giant search engine company Mozilla Firefox.
Mozilla Firefox bug
This virus bug freezes the screens of users’ windows and Mac devices, causing the web browser to hang or block completely. According to the report, hackers freeze the display of users through this bug. Apart from this, users also see a message on the screen. 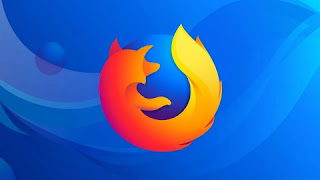 According to the message, users are warned that their device is working on a pirated (fake) operating system. Contact this number to install the new and original version. Also, hackers threaten users to disable the device.

Hackers message
The message says that users should turn off their device. We have blocked your PC because your operating version is fake. Also, the virus is also reaching other users. If you want to save your computer, please contact us within four minutes.
If users close the tab containing the message, a pop-up comes to them. It is said that users go to this website (website name information was not found) and login with this username. Nothing will happen after logging in, but upon cancellation, you will be asked to login again.
Mozilla Firefox gave a statement
Mozilla Firefox says that if users get caught in this situation, they must immediately shut down their PC with the close feature. Users have to note that if they shut down the system, they will see a bug message on reopening. This will be because users have activated the Reopen tab feature in the tab. To avoid this bug, the reopen feature has to be turned off.