Skip to content
USNMix Report: Modi government will give to work to sit at home for this contest,
a chance to win up to 1 lakh.
If you can also think of something new or you have a passion for doing something new then the Modi government has come up with a good opportunity for you. The project is working fast to run a bullet train in the country. But the government wants to give the bullet train a different identity and name. In this case, National High Speed Rail Corporation (NHSRCL) has announced a National Competition for the first bullet train that runs between Mumbai and Ahmedabad. 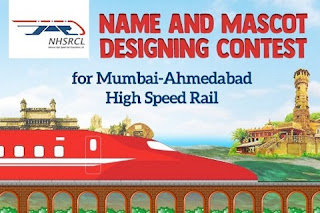 Can apply till March 25
Under this competition, you will have to name the bullet train and design a mascot. The winner will receive a cash prize of Rs. 1 lakh from the government. You can apply till March 25 for this competition. Announcing the competition, NHSRCL said, “Mascot should be well-designed character, which can be promoted in NHSRCL’s value system and can communicate with people.
Award for designing mascot
The winner of the Mascot Design Competition will get a cash prize of Rs. 1 lakh. Apart from this, five consolation prizes will be given. For each consolation award, a sum of Rs 10,000 will be given. For the name of the train, the winning participant will be given a cash prize of Rs.50,000 and a sum of 5-5 thousand rupees as five consolation prizes.

Trump threatens India to reduce import duty on US Whiskey