Nov 24, 2019
Loading...
USNMix Report: Users will be able to ‘touch’ each other during video call,
special device is coming soon.
There is a rapid development in the field of technology, due to which people are now getting to use new technology. In this sequence, researchers of Northwestern University of America have now created a special device, which allows users to touch each other during a video call. At the same time, researchers have named this gadget as ‘epidermal VR’. At the moment, experts have not shared much information about this device. So let’s know that this particular device works.
Wireless device ready
Researchers have created a special device that gives users the feeling of touching each other during a video call. Not only this, through this special gadget, users will also be able to feel all those things while watching the film. Let us know that the testing of this device is going on. 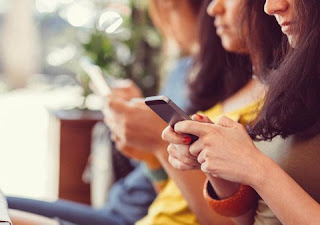 Epidermal VR is the name of the device
Researchers in America have named this particular device as ‘epidermal VR’. Researchers have placed actuators in this gadget with a thin flexible layer, which rapidly vibrates. It is through these actuators that users feel touched.
At the same time, Nature ‘Journal has revealed the information about this VR device. Talking about the size of this device, it is 15 cm wide and 15 cm long. It has a small wireless circuit, which gives it strength. In addition, epidermal VR weighs very little.
This is how this device works
The epidermal VR device connects with the computer’s software. When users touch each other through software, they feel the touch from this device. Also, the actuators on this device vibrate or move when touched. At the same time, researchers say that these actuators rotate about 200 times at a time. Apart from this, this special gadget can also be connected to tablets including smartphones.
US researchers’ statement
According to the report, the epidermal VR device is very lightweight and completely wireless. Also, users do not have to put batteries in this device, so that it can be used easily.