Skip to content
Loading...
USNMix Report: Nokia 8.2 will enter the market today,
will get strong camera support.
HMD Global is about to launch Nokia 8.2 smartphone at the global level on Thursday. People can get big screen, battery and strong processor in this phone. Also, many reports related to this phone were leaked, in which price information was found. However, the company will also present Nokia 5.2 and Nokia 2.3 with this device today. Earlier, HMD Global had launched Nokia 8.1 smartphone in other countries including India. So let’s know the potential price and specification of Nokia 8.2.
Nokia 8.2 live streaming and expected price
Let us know that the live event of the Nokia 8.2 smartphone will begin at 10:30 pm in the Egyptian capital Cairo. You can watch this event live on the company’s official YouTube channel. According to media reports, the company will keep the price of this phone between 15,000 to 20,000 rupees. At the moment, the company has not shared official information regarding the launch of Nokia 8.2 in India. 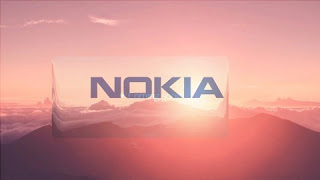 Possible specifications of Nokia 8.2
There is not much information about the specification of Nokia 8.2. At the same time, on the other hand, several reports of Nokia 5.2 were leaked, in which information has been reported. According to the leaked report, the company will provide a 48-megapixel rear camera and Snapdragon 660 chipset in this phone. Also, HD display can also be given.
Possible specifications of Nokia 2.3
The company will offer this phone as an upgraded version of Nokia 2.2. It has been reported from the leaked report that the company will support 6.1 inch HD display and 3,920 mAh battery in this device. At the same time, the information about the real price and features of the three devices will be available only after launching.