Mar 3, 2019
Loading...
USNMix Report: NTPC watch on the power projects that have gone out.
The company is now focusing on only those projects which will be in the bankruptcy and lending process in the NCLT.
The public sector company NTPC’s eyesight is on buying power projects struggling. NTPC has decided that it will purchase the same power projects which are going through the process of insolvency and loan disbursement under the National Company Law Tribunal (NCLT). NTPC estimates that the deals that have been made so far under NCLT have been much better. In the NCLT, the deals of projects going through bankruptcy and loan redressal process have become cheaper by 70% or more by secured lenders. Secured lenders have the right to take a decision on the matters released in the NCLT. However, unsafe lenders have no such right. 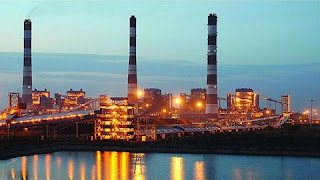 Earlier, NTPC’s plan was to acquire power-related power projects in bank debt. For this, he was trying to acquire talks and negotiations in the NCLT under bidding process. The government was also in favor of resolving the issue of bank loan related to these projects. A close source said, “NTPC has decided to slow down its plans of expansion by acquiring the crisis-related power projects. The company is now focusing on only those projects which will be in the bankruptcy and lending process in the NCLT. From this, NTPC will be able to acquire concessions on cheap prices. “The NTPC spokesperson did not respond when asked about this.

NTPC plans to increase its power generation capacity to 6,000 MW For this, he had planned to acquire the already existing power projects. The company believes that it takes time and a lot of resources to set up a new plant. Nonetheless, nothing has been done so far for achieving this goal.
Cabinet Secretary P.K. Sinha According to a report released in November 2018 of a high-level committee headed by Sinha, there are 34 power projects of 40,130 MW which are under pressure. Out of these projects, 24,405 MW capacity has been prepared and 15,725 MW capacity is under construction. It has been said in the report that the problem of eight projects of 8,820 MW capacity has been solved. The recommendations of the committee are being evaluated by the Finance Minister, headed by Finance Minister Arun Jaitley.