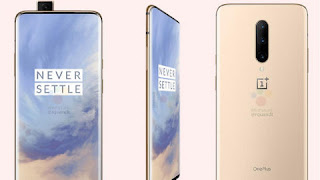 According to Tips Max J, this smartphone will be launched on 26 September and will be its first sale on 15 October. After launching in India, this phone will also be launched in the US and Europe markets on October 10.
According to the leaked till now, the notch has not been given in OnePlus 7T Pro, which means it may have a pop-up selfie camera. Apart from this, the smartphone can have triple rear camera setup. In addition, it will work on the Qualcomm Snapdragon 855 Plus SoC processor. The same revelations have come to light about the features so far.