Skip to content
Loading...
USNMix Report: OnePlus 8 Lite information will be leaked
and the Smartphone launches with dual rear camera setup.
OnePlus, a Chinese smartphone maker, is about to launch the OnePlus 8 Series soon. Along with this, several reports related to 8 Series have been leaked, which include information ranging from price to specification. In addition, information about the launch of the OnePlus 8 and 8 Pro phones was also revealed recently. On the other hand, according to sources, the company will now bring the light range of this series, which will include the OnePlus 8 Lite first smartphone.
OnePlus 8 Lite photos leaked
A few days ago photos of Lite series smartphone 8 Lite were leaked on social media, showing the design of the device. According to leaked photos, the company has given a punchhole display and dual rear camera setup in OnePlus 8 Lite. The look of this smartphone is similar to that of the Galaxy Note 10. Let us tell you that the pictures of this phone were leaked by 91 mobiles, including on leaks. 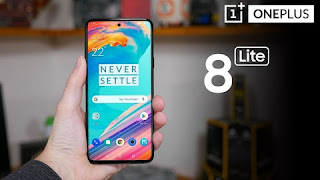 Dual rear camera support
According to the leaked report, users will get a dual rear camera setup in the back panel of OnePlus 8 Lite. In addition, the company will also provide LED flash with laser auto-focus along with the back camera of this phone.
Possible specifications of the OnePlus 8 Lite
According to the leaked report, OnePlus will offer Snapdragon 765 chipset for better performance in upcoming smartphones. At the same time, the display of OnePlus 8 Lite may be slightly higher than the OnePlus 7. In addition, users will not find the audio jack in this device. However, the company will offer a fast charging feature in this phone. The actual price and features of this phone will be known only after launch.

Netflix has stopped working on some Smart TV models