OnePlus 8 series is going to hit the market on April 14. The company has confirmed this information. According to the company, OnePlus 8 series will be launched at the global level through online events. Talking about the features, users can get a 90 GHz AMOLED display, powerful processor and a great camera in this series of smartphones. Apart from this, 5G variants of OnePlus 8 series will also be introduced. So let’s know in detail about OnePlus 8 Series …
OnePlus 8 Series Launching Event
Keeping in mind the increasing impact of Corona virus, OnePlus has decided to launch this series online. The launching program of this series will begin at 8.30 pm Indian time. Also the program can be seen on the company’s official YouTube channel. On the other hand, if sources are to be believed, the company will keep the price of this series in the premium range. 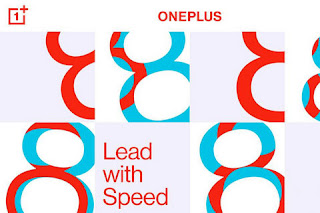 OnePlus 8 the strongest series ever
The company’s CEO Pete Lau has said that the OnePlus 8 will be the most powerful and attractive smartphone series ever. Along with this, users will get high refresh rate display and OnePlus’s signature powerful performance setup in this series of devices.
Three devices will be launched under OnePlus 8 Series

The company can launch OnePlus 8 and OnePlus 8 Pro under the 8 Series. On the other hand, OnePlus 8 Lite can also be introduced. However, information about the price and features of the three smartphones will be available only after the launch event.