Loading...
USNMix Report: OnePlus website was hacked again,
private information made public.
The website of flagship smartphone manufacturer OnePlus has been hacked once again. In such a situation, personal data of millions of customers has been leaked, although the company has not confirmed about this hacking yet, but it has definitely said that the data of some customers has been leaked, including password, payment related information and account details. . According to the report, the hacker has broken into the online store of OnePlus.
The site has been hacked even before
This is not the first time a hacker has broken into OnePlus stores. Earlier, in January 2018, OnePlus’s site was a victim of hacking in which about 40 thousand users’ credit card information was leaked, although the company has not given the information about the recent hacking. 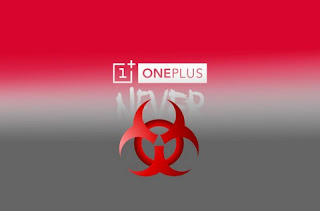 OnePlus has said that the hackers have been intercepted on one occasion and the users affected by this hacking have been informed via e-mail. Also, a high-level investigation is going on in this case. The company has said that all those people whose data has been tampered with are being given information through e-mail.
In such a situation, if no one receives any e-mail in this regard, it means that their information is safe on the server. At the same time, OnePlus has also said that it is working on the security of the online store so that no such incident happens in the future.