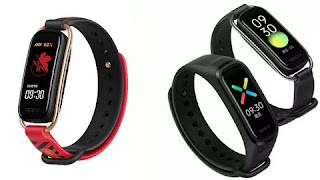 Specification of OPPO band
The Oppo band has a 1.1-inch AMOLED display that is touch. There is 2.5D curved glass on the display. The band offers 12 sports modes ranging from outdoor running to cycling. This band will be fully charged in 1.5 hours and a 14-day backup has been claimed regarding its battery.
It has support for Bluetooth v5 which will work with both Android and iOS. The band has a rating of 5ATM for water and dustproof, which is of the opinion that this band will not deteriorate in 50 meters of water. There is also a SpO2 sensor in this band, which will tell the amount of oxygen in the blood. It has a heart rate monitor and slip tracking. It also has 160 facewatches.