Oppo F11 Pro will launch on March 5 in India

Mar 10, 2019
USNMix Report: Oppo F11 Pro’s Pop-Up Selfie Camera,
Learn More Other Features.
Oppo F11 Pro has a 6.5-inch display.
The Chinese smartphone Oppo F11 Pro is going to launch on March 5 in the Indian market. On behalf of the company, the phone teaser has been shared on Twitter, according to which this smartphone will have a look at the Nokia Display Popup Selfie Camera. Its display is 6.5 inches. Talking about the camera, the 48-megapixel camera will have a great camera with the Super Night mode technology used. With this help, better photography can be done in the dark too. This phone has 8 GB RAM. The gaming feature has also been shared in teaser. 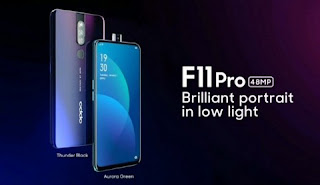 According to the press note released in the media, this smartphone will be launched in a program in Mumbai on March 5. However, no matter what the price of this smartphone will be and there is no disclosure about other information. Dual cameras have been used in the rear. The LED flash is also included. The secondary rear camera is of 5 megapixels. There is no information about how many megapixels the selfie pop-up camera will have.
Talking about other features, this phone will support the VOOC 3.0 Fast Charging system. As far as the other smartphone of this brand has been seen, on the basis that it is expected that it will also appear in the dual color tone finish. In many reports it is also claimed that fingerprint sensor has also been used in it. Oppo F11 Pro is waiting for its camera because it has a 48 megapixel camera.